Everyone recommends using a repellent containing DEET.  DEET was actually developed by the U.S. Army after experiencing  jungle warfare during WW II.  While DEET is very effective, some people are sensitive to it, and it may cause skin irritation, and it may dissolve your clothes. DEET is a solvent and can melt breathable fabrics like Gore-Tex.  Yikes!  The EPA has reported instances of “potential DEET-associated seizures,” although the chances of that happening are one in 100 million.  Scary, but we have to remember that DEET has probably saved countless lives.  Some alternatives to DEET are:

Icaridan is colorless and odorless. Other names for it include picaridine, KBR 3023 and trade names Natrepel 8 hour, Bayrepel® and Saltidin®.  According to WHO (the World Health Organization,) icaridin has excellent repellent qualities, often exceeding those of DEET.

This is a plant-based repellant made from coconut oil, soybean oil and geranium oil.

If you opt for a natural product for mosquito repellent, bear in mind that you may have to apply it more often!  Something as mild as Skin-So-Soft® may need to be re-applied every 30 minutes!

The Mississippi State Department of Health has an excellent page on their website about mosquito repellents and repellent safety.

GreenGrass offers a Mosquito Control program, so if you’d like to have your yard sprayed for Mosquitos, please contact us today. 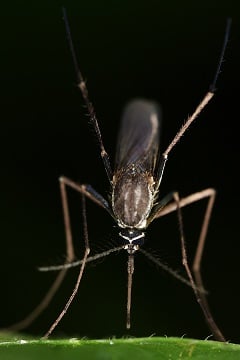